IT IS WHAT IT IS – Mike Morgan Exhibition 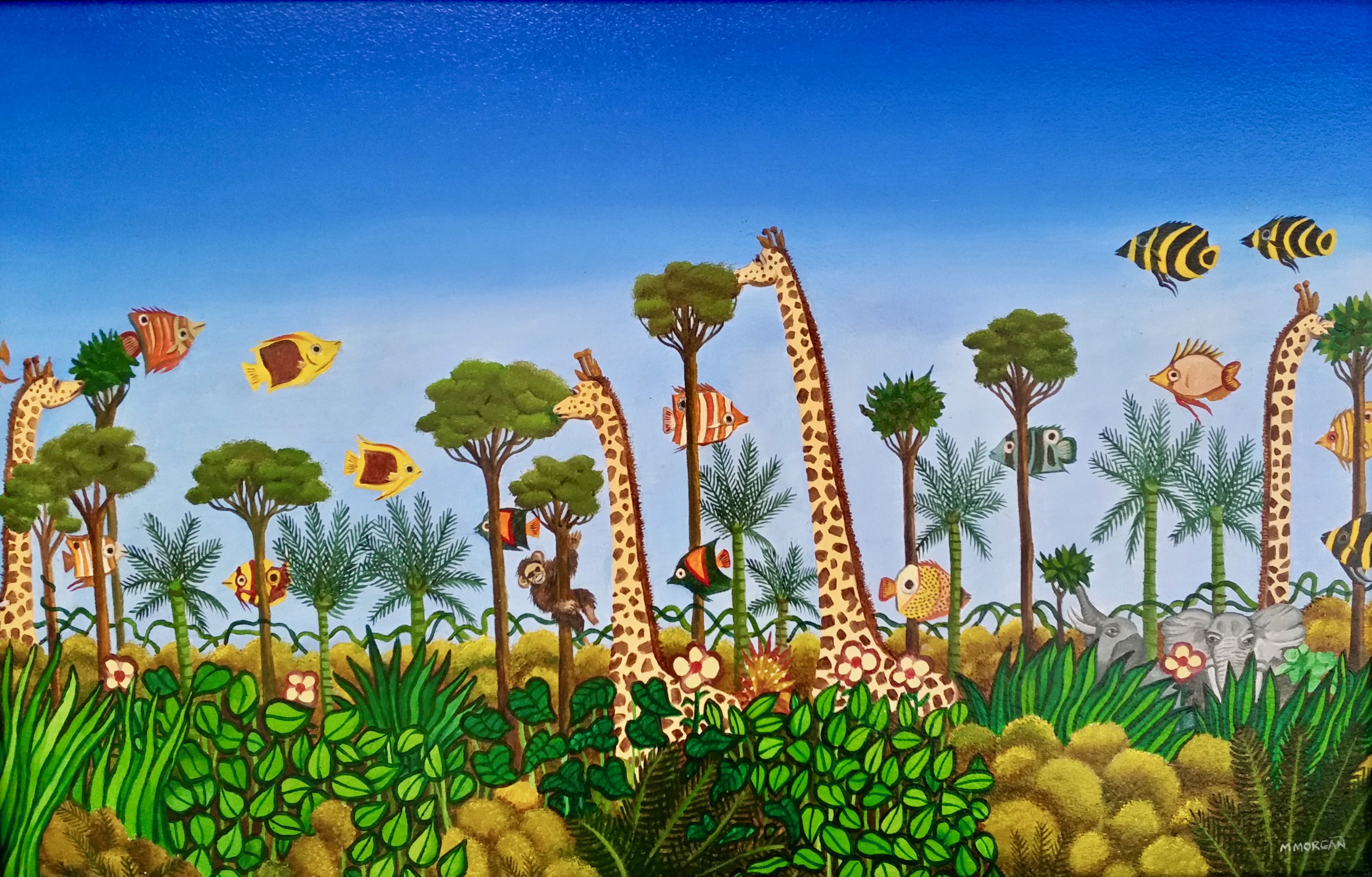 Mike Morgan is one of New Zealand’s most iconic artists, and his vibrant oil paintings are instantly recognisable for their vivid detail.

Accomplished in outsider art (art brut), his esteemed works are highly collectible, as well as being much like the man himself, full of colour and humour.

Inspired mostly by Salvador Dalí and René Magritte, the ideas for his art arise from dreams, wildlife, and the intricacies of human nature.

Mike’s long-time passion for hot rods often manifests itself in his creations, with his own beloved Lucy, a 1932 Ford Coupe, playing muse to his creative expression. Like acclaimed film directors Taika Waititi and Alfred Hitchcock, he has also been known to make an appearance in his own polychromatic scenes.

Mike’s journey into the art world began at high school in Taranaki, and continued during his apprenticeship as a newspaper compositor when he took up a side gig creating florescent musician posters.

His venture into painting with oils began in 1972.

In 1980, a road trip through the USA and Canada led to his first group show in 1982 at the Closet Gallery at the top of Queen Street, Auckland.

Patrons include Westpac Rescue Helicopter and Starship Children’s Hospital, amongst others, and his art is popular in the international music scene, with various bands and their management making the journey to Waihi to purchase directly from Mike as part of their New Zealand tours.

This exhibition is Mike Morgan’s first in the Bay of Plenty.