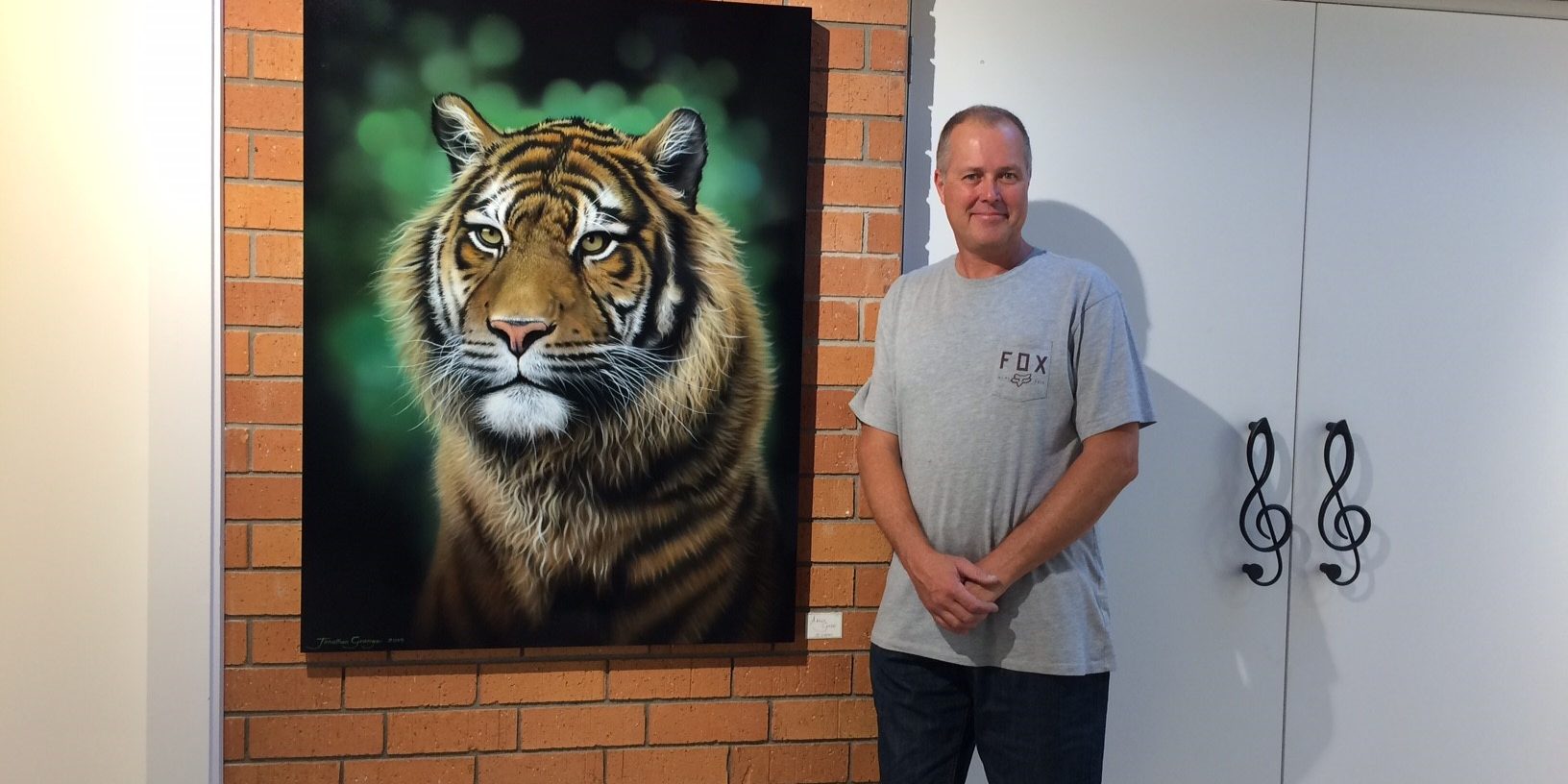 Growing up in Browns Bay on Auckland’s North Shore, Jonathan Grange began his interest in airbrush art as a young teenager. With a fascination of science fiction art and reading 2000 AD comics, combined with a passion for tinkering and studying how things work, Jonathan became obsessed with the precision of the airbrush and its ability to create soft natural tones and gradients.

Now, 30 plus years later, a self-taught artist and marine painter by trade, Jonathan is well respected for his high standard of craftsmanship and attention to detail. Continuing to grow his style, Jonathan is always developing and learning new techniques, and striving to paint realism.

Jonathan paints mainly with acrylic’s and receives a huge amount of satisfaction crafting highly detailed artwork from scratch. This is evident in his tiger painting ‘Amur Gaze’, which he has consequently finished totally freehand, paying attention to every detail, and spraying the whole piece using no masking techniques or paint brushes.

Jonathan has a passion for nature and the great outdoors, and this also flows through his works. Enjoying the freedom airbrushing gives, he has also completed large murals, one of which is in Katikati. Painted in 2017, ‘Grass Roots’ is his largest yet.

With many airbrush artists doing traditional custom artwork such as hot rod paint jobs and motorcycle tank murals with flames and skulls, Jonathan prefers to paint life-like scenes. He loves working by the sea and is inspired by the ocean, and this shows in his frequently commissioned ‘Surf Art’. These depict New Zealand surf breaks and beach scenes.