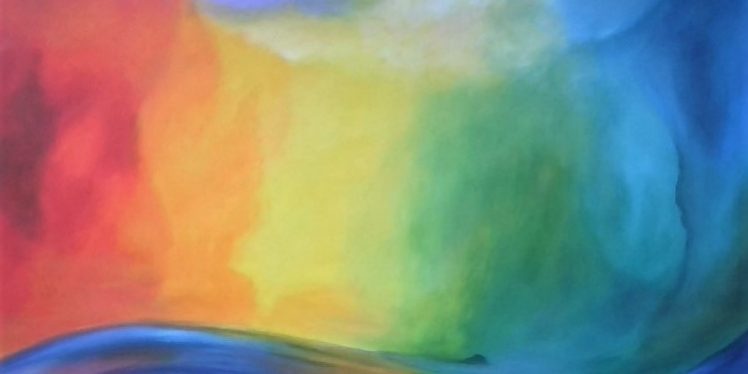 Katikati Open Air Art welcomes Whakamarama surreal artist, Garry Osborn. Gary is an established painter who has built up a large body of work in many mediums.

Garry is also an accomplished jazz musician and he had the pleasure of running the National Jazz festival for seven years. In this exhibition he brings the harmonies of the colour spectrum, together with the vibrancies he finds in his music. He has combined those with images taken from the subconscious.

Each painting in this solo exhibition hangs as a solo work, as an integral part of the overall conception. Garry likens these to a soloist’s performance in an orchestra. A soloist’s performance is like a shimmering light, featured in some way to be central to the way many of the audience understand the concerto.

It is Garry’s intension for each of the works featured in ‘Solo by Solo’ to be viewed individually. As the viewer moves through the exhibition, each solo work would echo in one’s mind and improve the experience and understanding of the exhibition in which each hangs.

A large proportion of Garry’s work is derived from years of experiment and experience, and instruction to students of all capabilities. He trusts his imagination, improvisation and the painting skills built up over many years to produce a coherent and architecturally stable outcome for each of his exhibitions.

Visits to the world’s great galleries have shown him that many artists have built up an identifiable ‘modus operandi’ that produces a thematic personal visual output. This personal visual identity is a highly desirable entity among the many evolved styles of the modern era. One has to be chosen to carry your voice.

There are no upcoming events at this time.